WHAT IS THE MEANING OF SHAMANISM?

When we ask ourselves what is the meaning of shamanism, we realize that the meaning of what it is to be a shaman is not entirely clear today, just as the etymological root of that word is still under discussion. It has been questioned if it is the being that has been consumed by the fire of inspiration , or if it is the one that has obtained knowledge through a mythical and sacred journey. The truth is that shamanism, as a living practice, shows its meaning when everything that is alive is honored , and above all, when someone seeks the path of universal knowledge despite the trials of the path. 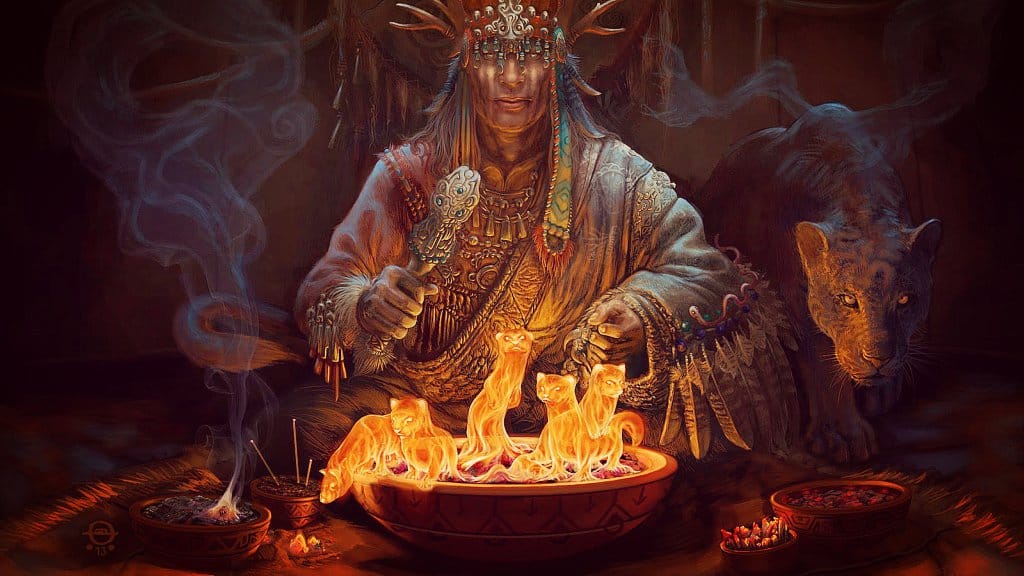 BUT… THEN WHAT MEANING CAN WE DEduce FROM SHAMANISM?

If it is about deducing, the first thing we will tell you is that it is one of the oldest practices and disciplines on planet Earth. Shamanism has left traces on all continents, and has proven to be a human response to the world, as well as to its deepest and most archaic spiritual dimension. The meaning of this tradition can also be seen in the paintings on the rocks, in the stones that were carved in ancient times, in those painted objects and in the ritual utensils that surely consecrated ceremonies full of energy and transformation.

But let’s go back to talking about how we can construct the meaning of shamanism. Shamanism could be defined as an animistic practice, because it is based on the belief that everything that lives on Earth is alive and has a Spirit. On the other hand, it has been called a “transcendent system” because this living practice allows contact with planes of existence that go beyond physical reality. And above all things, it has been said that it is a practical discipline, since it faces reality with respect for truth, nature and transcendent knowledge.

(WHAT ARE THE INGREDIENTS OF RAPÉ?)

IF WE TALK ABOUT MEANING, SHAMANISM IS A LIVING PRACTICE

To conclude this attempt to give meaning to shamanism, we will say that it is a living and coherent practice. It is beyond a religion, because it is a spiritual practice. And it goes beyond a culture, because it has predominated in all the cultures of the world since the earliest times. The meaning of shamanism is to be able to see life in everything that exists, contact transcendental dimensions of existence, and live an intentional life that leads to healing, wholeness, and harmony. Shamanism is a living practice, because it is practiced every day.

(THE THREE MAIN DIFFERENCES BETWEEN BUFO AND KAMBÓ)