THE KAMBO: POISON OR MEDICINE?

The Kambo has been stigmatized a lot, referring to it as the poison of a frog or a highly harmful toxic substance for the organism.  But what is truly certain is that this little frog It has been used as an ancestral medicine for more than two thousand years by the native peoples of the Amazon, since it has healing and transforming properties for the body and mind.

It is also called “The vaccine or medicine of the frog”, since according to tradition, its subcutaneous secretions of the skin are capable of curing diseases, giving strength, purifying and regenerating processes of the body and spirit, among other purposes.

( KAMBÓ THE MEDICINE OF THE FROG  AMAZON ) 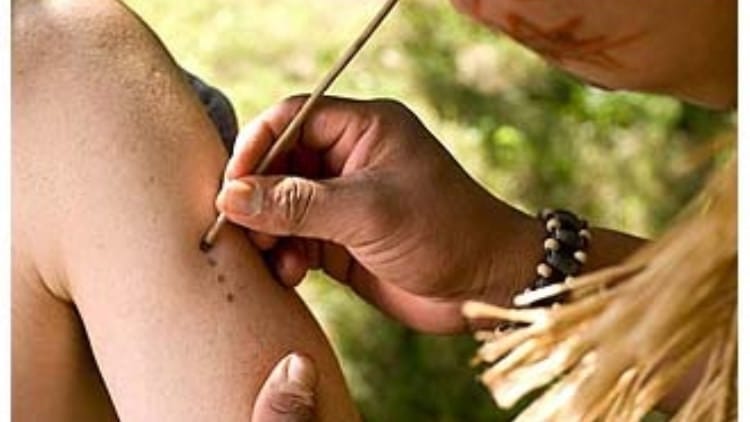 These secretions located in the mucous membranes of the frog’s skin they have a high concentration of various bioactive peptides, causing a series of physiological effects such as vasodilation and tachycardia, among other effects, which for many is considered harmful. But, although it is a medicine with hunting effects on the body, its use dates back thousands of years by indigenous and shamanic Amazonian communities, for various therapeutic and healing purposes.

( WHAT IS PEYOTE AND ITS MAIN BENEFITS )

Medicinal Kambo has even been described as responsible for inhibiting the development of many diseases, since the absorption of these excreted substances have powerful analgesic, antibiotic and stimulating effects on both the immune system and the central nervous system and circulatory system. This is why shamanic and indigenous Amazonian communities use it to treat various diseases such as lupus, rheumatoid arthritis, cancer, cardiovascular problems, mental disorders and addictions, among others.

( THREE BENEFITS OF PEYOTE AS A SPIRITUAL EXPERIENCE )

In addition to preventing bodily illnesses, Kambo is also spiritual medicine since it is capable of giving the participant a feeling of greater strength, activation of their sensory perception and greater mental clarity. so its use is effective to sharpen the senses in hunting rituals in shamanic communities. As if that were not enough, Kambó is an ancestral regeneration medicine, also known as spiritual “clean”, since it empties the participant of all rational content that blocks their mind and clears their paths for a new beginning of life.

( PEYOTE: THE MOST USED POWER PLANT IN MEXICO )

Of course, it is important to mention that its use should not be for recreational purposes since it is an ancient wisdom lovingly shared with humanity by our Master Guides and its inappropriate and incorrect use can have serious consequences for our health. Let us also remember that the Kambo is considered a spiritual entity responsible for the healing process. And according to tradition, any damage or mistreatment to the animal can anger its spirit, thus denying its healing abilities to those who disrespect it.

If you want to know more about rapé as an ancestral medicine, contact us on our social networks as @ancestrina , visit our YouTube Channel or write us in the comments to receive more information about the path of this sacred medicine. We know that RAPÉ CHANGES LIVES and we would love for you to be part of this community that expands consciousness through ancestral medicines.

Similarly, if any of our rapés were part of your path, share with us your experiences of healing and change in the comments. We believe in the stories of transformation that this loving ancestral medicine has spun and we are convinced that it can help many to return to their essence, return to the present moment and live a life full of well-being and purpose.